This award winning play is about the lives of two sisters in a northern town, contrasting the hilarious events in their youth with the challenges of later life. An uplifting and inspiring story told against a backdrop of the music and dance of the 60's. Starring Emily Morgan (Desdemona (National Theatre), three series of 'Brass' as Timothy West's daughter, 'Four Weddings and a Funeral' as Vomiting Veronica) and Sandy Truman (recent theatre includes: 'Gabriel'; 'Playhouse Creatures' and 'In the Pink').

This, as yet, unpublished play is fundamentally a memoir. Sisters Niamh and Grace haven’t spoken in a while, but now Niamh is dying and wants to talk more than ever. She has given her sister a box of old photos and the two sit and reminisce. Together they dip back and forth from present day to childhood, from the harshness and violence of their upbringing to the exhilarating escape of the emerging Northern Soul scene. 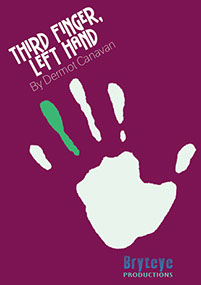 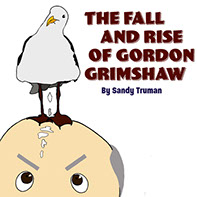 The Fall and Rise of Gordon Grimshaw

Gordon and Marion are downsizing from Bagshot to Finchurch-on-Sea. Gordon has been forced to leave his job, his beloved bowls club and all their comfortable oversized furniture in order to embrace long walks by the sea and constant togetherness with his wife, in the quiet autumn of their lives.

Marion wants him to lose weight, his trophies are consigned to the cupboard under the stairs, and he thinks his life is over.

But he hasn’t reckoned on their bizarre new neighbours; kamikaze seagulls; brushes with the long arm of the law; half-marathons and getting reeled into amateur dramatics!

Out of this chaos, and the ruins of his old life, comes new beginnings, new opportunities and new friends - maybe even a new career!

Who Gets the Cat?

Laurence, happily married to Samantha, starts to notice that he’s getting one grey hair too many and is beginning to pant when he climbs the stairs.

His solution is to rejuvenate himself through the charms of a younger woman, but now there are four in the marriage -  and one of them is the murderous moggy Biggles!

As Laurence copes with all the problems his new life throws up, including endless hours at the gym getting a six-pack, Samantha is left to grapple with his betrayal and her own renewal.

‘Who Gets the Cat?’ explores, with humour, the problems facing those in the third age, and the impact on family and friends.

This juicy historical drama looks at a period during Charles II’s reign when, for the first time in England, women are allowed to perform on the stage. An overnight sensation; these pioneering ladies take London by storm.

Nell Gwyn, street urchin and orange seller, joins an acting troupe of feisty females where a shapely leg and comic timing prove the most important assets in treading the boards. A rollicking story full of earthy comedy and feminine heartbreak proving, even in 1663, that ‘there was no business like show business’.

The script reflects the bawdy humour of the seventeenth century and explores the struggles and victories of the first-ever actresses. 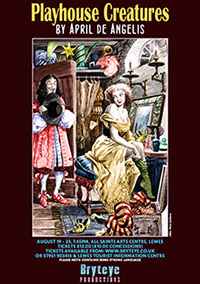 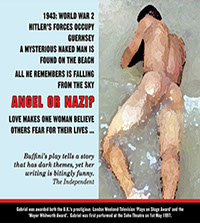 Set around a largely forgotten moment in British history - the German occupation of the Channel Islands during World War II.

A naked young man washes up on a Guernsey beach. Unnervingly handsome and fluent in both German and English, he has no recollection of who he is - patriot or Nazi…innocent or madman.

Gabriel explores the heart of memory, identity and imagination, as well as the lies people tell themselves and each other to make the darkness light again.

In August 2012, Bryteye Productions were proud to present this exceptional and powerful play which was awarded both the U.K.’s prestigious London Weekend Television ‘Plays on Stage Award’ and the ‘Meyer Whitworth Award’ when it was first performed at the Soho Theatre on 1st May 1997.

“People have forgotten that a play needs to tell a story; at last, one that does just that!”

This is a sensitive performance full of multi-layered and painfully-true emotions. 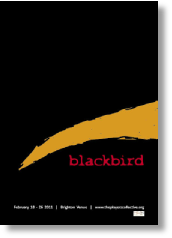 Ray and Una have met before; she was twelve, he was forty. Their relationship had controversial and profound consequences: he went to prison;  she suffered heartbreak and public derision. Fifteen years later Una has found Ray again and wants answers.

Director Matt Haynes has created a fresh interpretation of this complex study of the human condition in which fury, passion, lust and raw pain erupt in an intense exploration of forbidden boundaries. After years of emotional destruction, loss and endless soul searching, is it love that survives society’s rules or something darker, sinister and more predatory?

This gripping drama, which positively explodes with unresolved and profound issues, brings a taboo subject into the public eye and sends your moral compass spinning!

The play was performed at the Marlborough Theatre, Brighton as part of the Brighton Festival.

This was compelling to watch and, like all the best theatre, raised more questions than it answered.

Directed by Matt Haynes with flair and compassion, and performed by two sublimely cast and talented actors, Mike Truman as Ray, and Lisa Bealby as Una, the small audience, restricted in size by the Lilliputian dimensions of the theatre, was hushed and spellbound for ninety minutes.  The traverse staging forced the audience to face each other but due to the claustrophobic and taboo nature of the story found themselves constantly avoiding direct eye-contact - it was a master-stroke! The issues raised are all-consuming and refuse to go away. It is almost a relief when this heartbreaking play ends in total blackout. 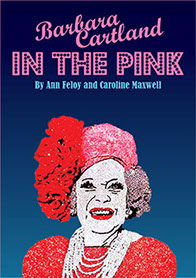 by Anne Feloy and Caroline Maxwell

Bryeye Productions worked with with Ann Feloy and Caroline Maxwell of Leaping Hare Productions on their exciting new play 'Barbara Cartland - In The Pink' which was performed to great acclaim in June 2015 at the Connaught Theatre, Worthing.

This scintillating new comedy ‘In the Pink’, by Leaping Hare Productions, is inspired by the life and times of iconic queen of romance Barbara Cartland.

The play is an innovative amalgamation of fact and fiction, interwoven with Mrs Cartland's latest manuscript in which the characters spring to life. It is 1981, the year of the infamous royal wedding of Prince Charles and Lady Diana Spencer. Barbara Cartland, [Lady Diana's step-grandmother], is at home in her opulent mansion avidly awaiting confirmation of her wedding invitation. The invitation is not forthcoming and the reason for this becomes clear as the play unfolds in a heady mixture of high-drama and high-tea.

Sandy Truman, who plays Barbara Cartland is a triumph, not only is the resemblance uncanny she also exudes personality and humour coupled with an energetic stage presence that bring the character to life. Hard-nosed, trouser- wearing journalist Ruth (Veryan Jennings) is the perfect antidote to Barbara's 'pink and fluffy' ethos with her realistic and somewhat pessimistic views on love. Top comedic performances were supplied by Jamie Campion as Maximus Kirby and Ellie Snow as Lavinia Davenport whose portrayal of love-struck hero and heroine were a real crowd pleaser. The supporting cast performed well, supplying laugh-out-loud gags and slapstick humour.